WhatsApp is always busy introducing new features and functions to make its app more convenient. This time, WhatsApp Android is getting a feature that is already available for iOS users. According to the latest reports, WhatsApp will have a new camera interface in the Android beta version very soon.

WhatsApp to get new camera interface in Android beta

WABetaInfo reports that some users are already receiving an updated camera interface in updates to the latest beta version of WhatsApp for Android. This also includes a new look when selecting media. Additionally, the Camera Media Bar – which had been removed in iOS, causing user complaints – has apparently been restored. 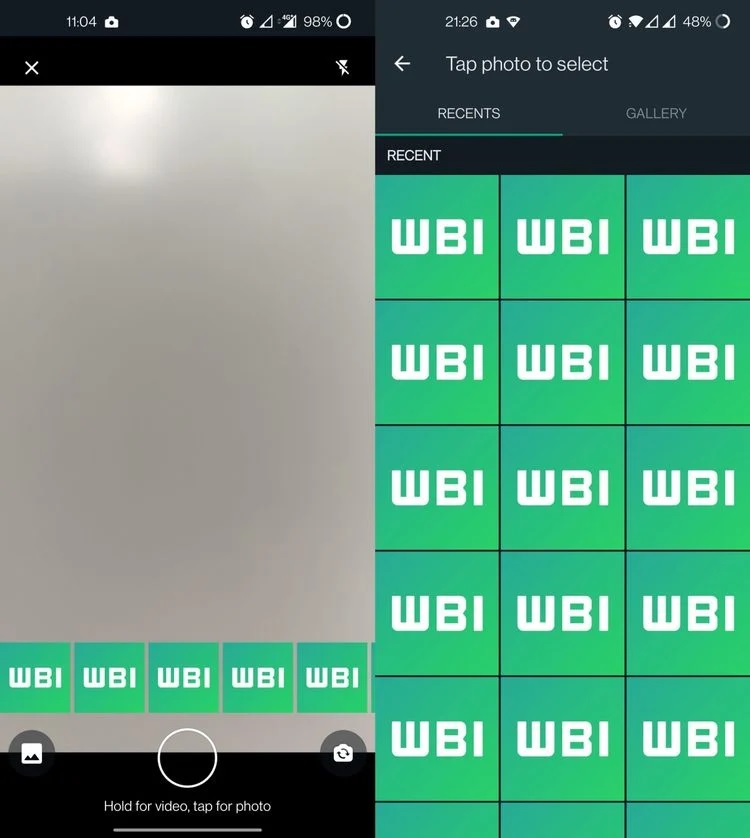 If you’re not a beta tester, don’t worry. WhatsApp will soon be rolling out this feature to everyone.

On the other hand, Whatsapp has just added emoji reactions for the Android beta. The feature allows users to respond to a received message with one of six emojis: thumbs up, heart, crying, laughing, surprised face, or folded hands (which usually means “thank you”).

Not only that, but it will soon allow users to share files up to 2 GB. This feature is still in the testing phase. Users are eagerly awaiting the launch of this update on their mobiles and web. This will solve the problems of many users who find it hard to send heavy files to their clients and friends. But I hope it will be rolled out soon.

Also check: WhatsApp is experimenting with file sharing up to 2 GB