From the outside, the Navigators Bookstore at 1425 SE Pacific Blvd. looks pretty much the same. But step inside and you’ll be amazed at how much the place has changed.

If you’ve been there for the past few years, you’ll remember what it was like: books everywhere, on the shelves of course, but also in piles on the floor and all other flat surfaces.

Here’s what it looked like when I visited on Wednesday afternoon: 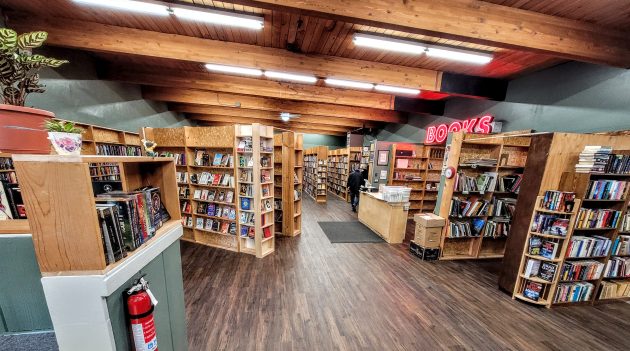 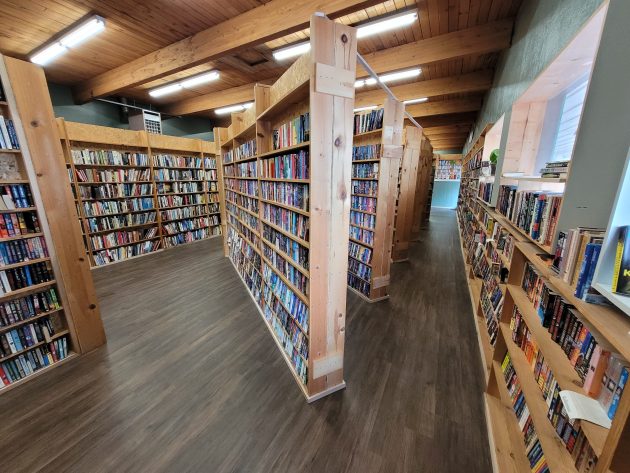 Abrin Richmond bought the business from Scott Givens earlier this year. The place was closed for a while to pick and rearrange merchandise and freshen up the interior of the space.

About two weeks ago, Richmond reopened. 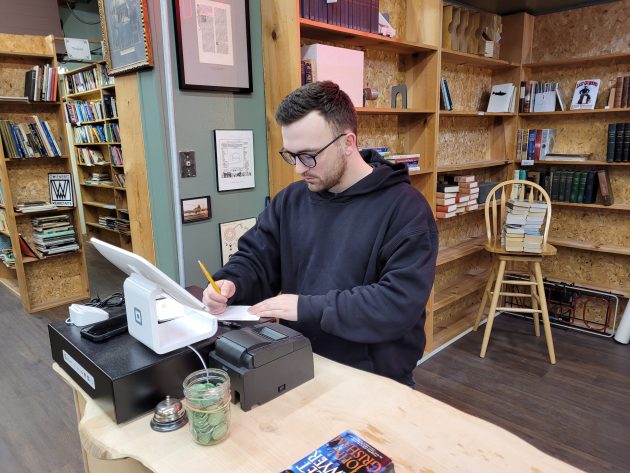 Abrin Richmond in her bookstore on Wednesday afternoon.

It’s a used book store with thousands of titles available, but there’s also a shelf of new books out front, and Richmond says he hopes to expand that part of the operation.

Givens remains the owner of the building. When I was there, the Albany Youth Orchestra was practicing in a back room.

Browsers’ Corvallis store has been closed and, for now, Richmond is running the Albany store as a one-man show. Store hours are 10 a.m. to 6 p.m. Tuesday through Saturday.

Richmond graduated from West Albany High School and Oregon State University and worked for Givens for six years before taking over the company.

His experience shows it. I asked if he had a copy of “1984” by Orwell, and within seconds he came up with what appears to be a blank, unread copy. A five dollar bargain. (hh)